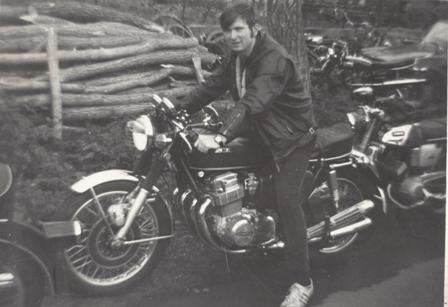 Baster's Museum hystory can't be apart from Guy Baster's, who created it. If asking the question, he'll answer he's born with motorcycle passion ! At 13 he had his first Motobecane 100cm³ founded in an old barn bought by his father in Joze. At this time he joins Riom's Rugby team in August 1965. He envies his trainer's G12 CSR matchless 650 until his friends and family offer him for his 60th birthday !

Enthusiast, he found big engined motorcycles for sale in the area and asked his father and oncle to buy them. At 16 his oncle Louis bought him a Harley Davidson 500 cm3 one cylindre. He came to take it on a BMW motorcycle and sticked the Harkey for almost 29 miles ! These kind of twists and turns guided Guy's life.

At 18, he obtains his graduate of watchmaker and with his first pay buys a 250 Terrot with belt, a 500 Vincent Grey Flash, a 750 Gnôme Rhome XA with a side car Bernardet and  a Zundapp K800 4 cylindres. These last two are still here at the museum, today. 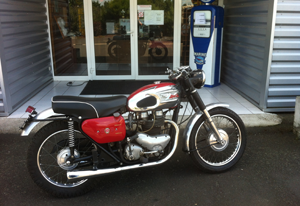 Slowly Guy Baster's collection grows. He travels in Swiss, Italy, Belgium and even in Denmark. He buys his legendary Indian and Henderson during a journey in the United States.

In 1992, Guy created the Baster's museum in a cars and trucks workshop he owned in Riom.
Year after year, the museum grows by an expansion slot in 2000 and a second in 2008 wich presents a street of his youth : shops and memories decors shows events of his life.

Guy Baster received a Terrot from an unknown man who gave it in his last wish specially for the Baster's Museum after his death.
Passion is the story of this Museum,  the will of a man to collect a matchless show of motorcycles from 1905 to 1980.

Baster's Museum is a delight call, a comeback and also a testimony of a whole life spent to build wich Guy Baster did brillantly.

Second sunday of the month: